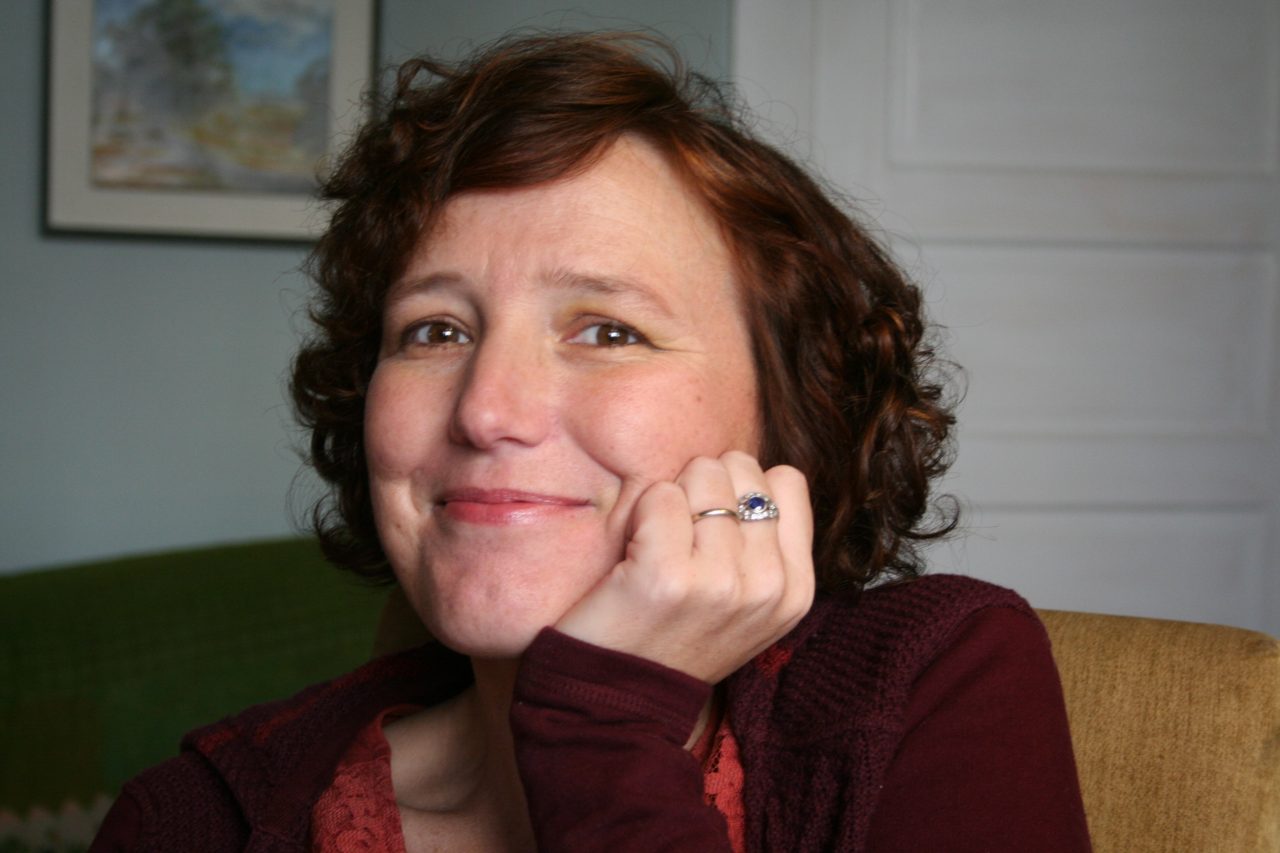 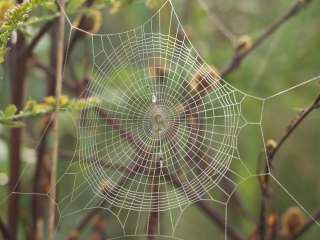 “the possible settings
of a web are infinite:
how does
the spider keep
identity
while creating the web
in a particular place?
how and to what extent
and by what modes of chemistry
and control?
it is
wonderful
how things work: I will tell you
about it
because
it is interesting
and because whatever is
moves in weeds
and stars and spider webs
and known
is loved:
in that love,
each of us knowing it,
I love you,
for it moves within and beyond us,
sizzles in
to winter grasses, darts and hangs with bumblebees
by summer windowsills”

From Identity, by A.R. Ammons

In The Bright Hour, Nina described the strange feelings many cancer patients experience when they are not actively in treatment. When a patient is undergoing chemo, or has major surgery, they often have the outward signs that allow the world to apprehend what’s going on internally (at least physically): lack of hair, weight loss, scars, etc. But for many patients, the end of treatment doesn’t mean the end of their disease, just the effacement of its most obvious signifiers.

Nina’s mom was diagnosed in 2007 with multiple myeloma. She had a stem-cell transplant that wiped out her immune system and, in its wake, Jan looked the part of a cancer patient. Her hair fell out, she was emaciated and weak, etc. She managed to regain the weight and her hair grew back, but Jan was never cancer-free right up until she died in August 2015. For almost all that time, her outward appearance betrayed little if any signs of her disease, let alone her suffering. It used to bother her, understandably – the sense that, without the badges of illness the world didn’t take account of her condition.

Nina discovered her own version of this dilemma when she was diagnosed. After initial chemotherapy and radiation, her hair grew back and she was able to eat normally. While the mastectomy was disfiguring and complicated for a whole host of reasons, both physical and psychological, a cleverly designed, shapely prosthesis hid the outward impact. But by the time her initial treatment was over, Nina’s cancer was terminal. Just as the outward signs of her disease receded, her actual status went from scary to imminently deadly. The disparity between what the world saw and what she felt was never greater.

I don’t know how Jan or Nina felt, only what they described. But their experiences seem exemplary to me in terms of this inward/outward discrepancy. As I learn to navigate grief and loss, I identify with the condition of a surface healing belied by gnawing inner trauma. To be clear, losing a partner or loved one is not like having terminal cancer. In some ways I suppose it is the mirror image – the loss of the other rather than the loss of self – but the experiences are orthogonal at best. I can tell you about the fear of losing my life partner, or the struggle to figure out what to do in the wake of that loss, but I don’t have much insight on watching my own light going out while the rest of my world keeps humming along.

Still, there are at least structural parallels. The initial phases of grief are marked by the familiar trappings of trauma – funerary rites are observed, family and friends rally to support the bereaved, and a whole confederacy of social and cultural markers of support is mustered. As time passes, the outward signs of loss and grief recede and the familiar rhythms of everyday life take over the ground they lost, so to speak, to loss.

This waxing immediacy after trauma or loss brings to mind the concentric rings theory of trauma support: The theory is that the person in need of support stands in the center of concentric rings and that every person outside that center must only “lean out,” or draw support from those situated farther from the center. The idea is not to rely on the afflicted for support, but to offer it instead to those in relatively greater need. I experienced this first as a caregiver for Nina – trying to learn not to rely on her, my most familiar and ready source of traditional support, as she was ill and dying — then later as I braced myself against many outward rings of generous support as I grieved.

In the aftermath of a trauma, there is always some level of “normalization” (using the term loosely – there’s no “normal” to return to after a diagnosis, loss, or other life-altering trauma). Though sometimes in dealing with death and dying the trauma seems to go on forever, we cannot always exist in fight or flight mode. Things have to subside or lessen — in frequency anyhow.

The person who dies no longer needs the concentric rings of support. If there is any compensation for the suffering of the dying, it is that it ends. But the person who died continues to be dead forever. For the grief stricken, this means the grieving process can go on indefinitely, too. Using the concentric model, normalization starts at the outermost rings. People’s awareness naturally shifts from the loss to the immediate needs of their lives. Gradually, even the inner reaches of the concentric structure return to “normal” modes of everyday existence. Meanwhile those suffering direct loss in the epicenter may labor far longer. The outward signs of mourning will have long passed but the grieving spouse, mother, daughter, or child may still be feeling the pains of grief acutely. And the closer to the center of loss, the more potentially acute and long lasting the pain.

It is nearly impossible to stand in the center when your place is on an outer ring. When Nina was a cancer patient, I was close to the center ring. I was up to speed on every twist and turn in her diagnosis; I knew her prescribed meds and helped administer them; I attended nearly every appointment with her oncologist; I was her sounding board for most things, I knew her anxieties, her fears and desires; I read her essays and manuscript, I was in sync with her in most areas.

Even though I was closer to her disease and treatment than anyone else, the gulf that separated us was wide. In maybe the most definitive thing of all – her mortality – I was on the far side of Acheron from Nina. There were things she could only find by speaking to her friend Ginny, whose course of disease mirrored Nina’s almost exactly. This separation pained me at the time, but even then I understood intellectually that the mere fact of being in the terminal phase of disease meant that I could never wholly relate or understand Nina’s situation.

The same kind of gulf – though perhaps smaller given the existential vastness of mortality – separates the bereaved from the supportive. Losing an intimate partner is such an amazingly pervasive experience. I am over 19 months from Nina’s death and still discovering the depth and breadth of it. There are so many threads that connected me to Nina that were barely perceptible until they were cut – from the daily routine to our long term plans there is scarcely a thing I have not in some ways had to relearn. Nothing goes without saying anymore. Somewhere, even if it’s just barely audible in the back of my mind, every decision is haunted by a parenthetical or paratactic modification: “I have to decide – without Nina’s input – how much to contribute to the kids’ college funds (and also how strongly I feel Nina would have wanted to keep pushing them to attend UNC or if I need to be planning for NYU). Gulp.”

While the world around me has gradually adjusted and normalized — and me with it to some extent — I feel like a fly at the center of a massive web. I feel the vibrations of every new development, even fairly remote ones, through their connection to my loss. I try not to let myself be devoured by grief, I engage my new reality, make sense of life for the boys and me, seek renewed footing in a world that felt, only a year and a half ago, almost entirely without purchase. But the web is still there, even if I don’t always focus on every thread, let alone the giant spider that wove it. 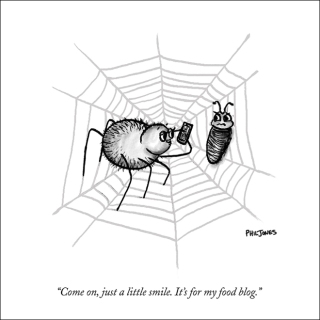 This isn’t a plea for sympathy. I receive more than my share of gentleness and generosity. It’s meant to be observational and analytical. Nothing complicates like life, and nothing in life is more complicated than losing it. Survivors have a complex task. My life is multifaceted, constantly shifting, but most of my efforts aim in one way or another to craft a simple, stable narrative. I need something I can rely on to guide my beliefs and actions.

When my narrative was shredded, I had to craft a new one. But the original script isn’t completely gone; many basic plot elements remain and the overall arc is intact: I was born, I’m living, I’ll die someday, to be sure, but also I am a parent, a sibling, a friend, a son, and – hopefully, aspirationally anyhow, a partner again. I guess this is just a reminder that, no matter how attached I am to the storyline, or no matter how obvious the storyline of others seems, there is a good chance that underneath the narrative artifice that presents recognizable traits of “normalcy,” there lies the brooding, chaotic, first draft of something new and unfamiliar. Something that requires me to stop and apprehend it before I can appreciate what it means: the tug of something remote but familiar from the past, or an immediate sensation of spinning new connections to the world.